You are here: British Ladies Club of Luxembourg > Special Mention

For acknowledgements and special announcements for both members and non-members.

It is with great sadness that we heard of the death of one of our old members recently. 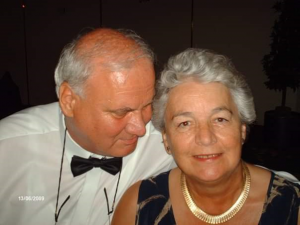 Rosemary Schol was a very active member and was the Chair of the club in 2010. She was an avid quilter and a member of the BLC Needle and Thread group and exhibited her work here in Luxembourg as part of the Quilters Guild. She gifted some of her quilts to friends and donated many of her pieces to raise money for charity.

She left Luxembourg and moved to Cumbria with her husband Ulrich.

We send our condolences to the family.

The club was sad to hear of the death of one of its former members in November 2020. Sheila Robertson was the chair of the club in 2001 and was also heavily involved in the running of the British Stand at the International Bazaar. She was a teacher at the European School and St. George’s. She was married to Keith and they have 2 sons and a daughter.

Our older members will remember Judy as the inspiring person she was and the playgroup that she set up in her basement in rue Willy Goergen in Strassen. The playgroup, not to mention the gaily painted walls and ceilings which were so much fun, were enjoyed by everyone. This was because so many of us had been invited to paint either the sky or sheep or flowers and to enter always made you smile. Many of today’s 40 years olds will also remember since they spent many hours there as toddlers. When her husband, Walter, retired from the European Commission, they moved back to England and settled in Linton Cambridge where for many years Judy drove her beloved fire engine red Porsche through the country lanes of Cambridge until the various problems with her bones and back stopped all that. Judy was not in   good health in her later years but for a long while she played the piano to entertain some of the residents of the local care home. She had a close and loving family, with Helen living nearby and Andrew nearer to London, and after Walter’s death, they spent a lot more time with Judy. My family have remained good friends with Judy and her family and I feel dreadfully sad that none of us have been able to see her recently, although my son Chris did get to see her a couple of months ago. She will be missed.

In Memory of Anneke de Voogd

On 1 July, Anneke de Voogd passed away. Anneke ran the Papercrafts Group of the BLC for many years and was an exceptionally talented crafter and was always happy to share her knowledge.  Many people would have seen her at the International Bazaar where she helped every year on the Dutch stand, selling the beautiful wooden articles she had decorated. Anneke was also a member of the BLC tennis group for many years during which time much fun and socialising took place. In both groups special and supportive friendships emerged.

Anneke had a lovely, friendly, and positive personality, always seeing the good in things. She fought bravely against health problems for a few years, but unfortunately in the end lost the battle. She will be sorely missed by her friends in the BLC.

In Memory of Joanne Rancourt

Last month we learnt of the death of one of our members and area reps, Joanne Rancourt. Unfortunately Joanne had a heart attack on Friday, 20th March at her home in France. She leaves behind her husband Jeff and her dog Phoebe.

Joanne re-joined the club in 2015 after a few years away and took up the role of Area G Rep. Joanne did have underlying health issues but she didn’t let that stop her from taking a very active part in the club. She was also heavily involved in the American Women’s Club of Luxembourg, helped run their club house, organised activities and was a very creative sewer and quilter.

Due to the current situation, it was not possible to have a funeral service for Joanne. I contacted Jeff on behalf of the club to ask if there was anything we could do and he thanked the club and suggested that people can honour Joanne’s memory through donations to charities/foundations for diabetes worldwide in her name.

Like everybody, I was shocked and upset to hear the terrible news of Steffie’s sudden death. She was a very good friend and quickly offered to help me run the Freewheelers group after Pam and Olga ‘retired’. She did a lot of research into what events might interest this group of ladies, and set them up tirelessly.

Once I was no longer able to contribute very much as I was not in Luxembourg for a lot of the time, she took over the running of it single-handed, in a very professional way. She kept on top of it, even though she was away refurbishing the apartment she bought in The Hague.

It’s difficult to put into words how I feel, but thank you for everything, and your friendship.

We were deeply sorry to hear about the death of Jill Ghelfi`s husband, Christian.
Becky, Philippa and the rest of the committee would like to send their heartfelt condolences to Jill and her sons.

“Say not in grief ‘he is no more’ but in thankfulness that he was”.

Kathie was a member of the BLC for over 30 years, playing bridge, attending Freewheelers, and actively involved in her area. She was a very busy lady and had many friends here in Luxembourg.

We have been contacted by a group of women from Luxembourg who didn’t know each other, but had been brought together by the Facebook page Caring For Kian. As a committee we wanted to make you aware of Kian’s plight.

Kian Musgrove is a 3 year old boy from Northumberland. At 18 months, Kian was diagnosed with aggressive stage 4 neuroblastoma cancer with a total of 27 tumours showing up all over his body. The cancer was treated successfully in the UK but there was an 80% chance of a relapse. Following that treatment, Kian’s single mum raised funds via her Facebook page to take her son to the US for an anti-relapse treatment at Helen DeVos Children’s Hospital in Grand Rapids, Michigan.

Unfortunately, despite that treatment, the cancer did return in December 2015. Kian is now being treated in the UK (Royal Victoria Infirmary in Newcastle), but his only chance of survival is a therapy at Sloan Kettering Cancer Center in New York City (mskcc.org), which is very expensive. We understand that treatment (which isn’t available to Kian in the UK under the NHS) involves stem cell therapy, immunotherapy and vaccine therapy. At the time of writing, Kian’s mum has so far managed to raise £256,727 out of the £555,000 that will be needed. And unfortunately, time is running out.

The ladies have already held a charity evening at the White Rose here in Luxembourg. If you have any fundraising ideas or would like to contribute, please contact isabelle.marinov@gmail.com or laur_hever@hotmail.com. 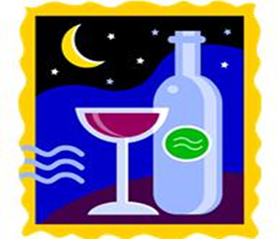 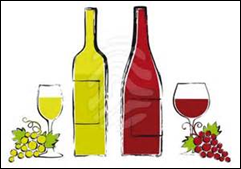